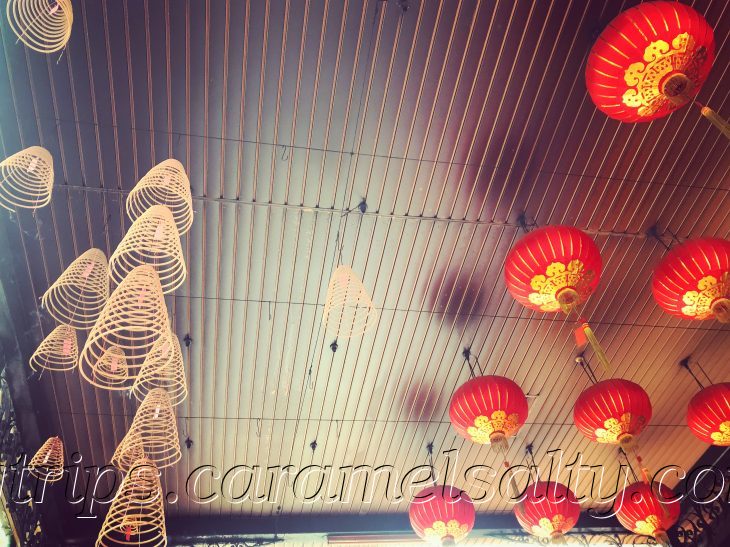 The muddy torrent rises at a frightening pace. It’s not the first time that heavy monsoons have threatened this Chinese outpost. But these floods are more menacing than ever. When the waters break the bank of the Klang River, the ferocity of it washes away everything in its path. Attap roofs, wooden walls and possessions are swept downstream. All Yap Ah Loy can do, is watch.

The 1881 flood is one of the worst. But floods are common, given Chinatown’s location at the confluence of the Klang and Gombak river. And floods aren’t the only dangers that Yap Ah Loy, the 3rd Kapitan of Kuala Lumpur, has to grapple with. Diseases due to poor sanitation and fires often break out in this wooden town. Not to mention the Chinese gang wars between the Hai Sans ( Hakka), the Ghee Hins (Cantonese) and the Chong Chongs.

But this Hakka, from Guangdong, is a Kapitan to be reckoned with. Each time the city is destroyed, he finds the money to rebuild. And he summons the energy to persuade people to stay. A couple of times, when the price of tin dips, he comes close to bankruptcy. Which forces him to move into other ventures like commercial businesses, tapioca plantations and bricks (see my Brickfields walk).

When Civil War breaks out in neighbouring Klang (see my Klang walk ), the war extends to the Chinese gangs in Kuala Lumpur, who take sides. The  Chongs Chongs had always opposed Yap Ah Loy as Kapitan. When they murder Yap Ah Loy’s friend, he attacks them in what is known as the Kanching massacre. The Chongs Chongs are banished from Kuala Lumpur. And so they take the opportunity of the Klang Wars to exact revenge on Yap Ah Loy. They burn Kuala Lumpur to the ground in 1872.

Yap Ah Loy seeks refuge in Klang. He returns in 1873 and successfully regains Kuala Lumpur. His residence at [1] Medan Pasar (Market Square) has been razed to the ground. The tin mines are flooded from disuse. With money that he raises, he starts to rebuild Kuala Lumpur. He encourages the Malays and the Chinese to return to the allotments and the tin mines. Not for the first time in his lifetime, he builds Kuala Lumpur up again.

Not far from Yap Ah Loy’s residence is the [2] Sin Sze Si Ya Temple, built by Yap Ah Loy in 1864. This, the oldest Taoist temple in Kuala Lumpur, has two deities, Sin Sze Ya and Si Sze Ya, the deities that guided Yap Ah Loy during Kuala Lumpur’s darkest days (1870-1873).

The tall and fierce figures of the God of Guards are painted on the wooden double doors of the temple. They are Shentu and Yuei, two legendary Gods, but depicted today by two Generals from the Tang Dynasty. Yuchi Gong is the fierce-looking one, with the bushy eyebrows and beard. Qin Shubao, is the paler, slim eyebrowed one. Ideal candidates to be the gods of eyebrow bars too, I think to myself.

Yap Ah Loy’s story certainly brings Chinatown alive for me. On these very streets, where murky flood waters often swirled around, gang fights took place. Or the hot, sticky night would be lit up with flames licking timber from a careless oil lamp or when an intent gang turns up to destroy the town. But above all, a Chinese community thrived here due to the persistence of one man.

It’s very late in the afternoon. And I’m back on [3] Petaling Street. Suddenly, little alley ways and doors open up. A procession of mobile cabinets on wheels swarm around me, like ants. Metal rods are tied together, or slotted into place. Temporary shacks rapidly take shape to form a market in front of the existing shop houses. Flourescent lights are connected to generators. And the evening market (pasar malam) on Petaling Street comes alive.

Chintatown may be crumbling, but its pioneering spirit still clings on, as trendy cafes and coffee shops open up in an attempt to regenerate the area. The [4] Petaling Street Heritage Centre is currently conducting a project to record the hundreds of Chinese dialect in Malaysia before they become extinct. Its restaurant menu serves food from the various clans, including the Ipoh famous salted chicken. There’s more about them in this article.

The Chinatown of today is the one Yap Ah Loy rebuilds in stone after those 1881 floods. Soon after, in 1885, aged only 47, he dies. His doctor observes that at death, his eyes are still very bright. He obviously had more to give. But his body fails him. Apart from a street named after him, many, including his descendents point out that there are no public monuments to Yap Ah Loy.

But wait a minute. I’m in Chinatown. In the heart of Kuala Lumpur. And so I do find a monument to Yap Ah Loy. One he built himself. As the Malayan historian, J.M. Gullick, said in reference to Yap Ah Loy…….  “remember that you’re standing in Kuala Lumpur”.