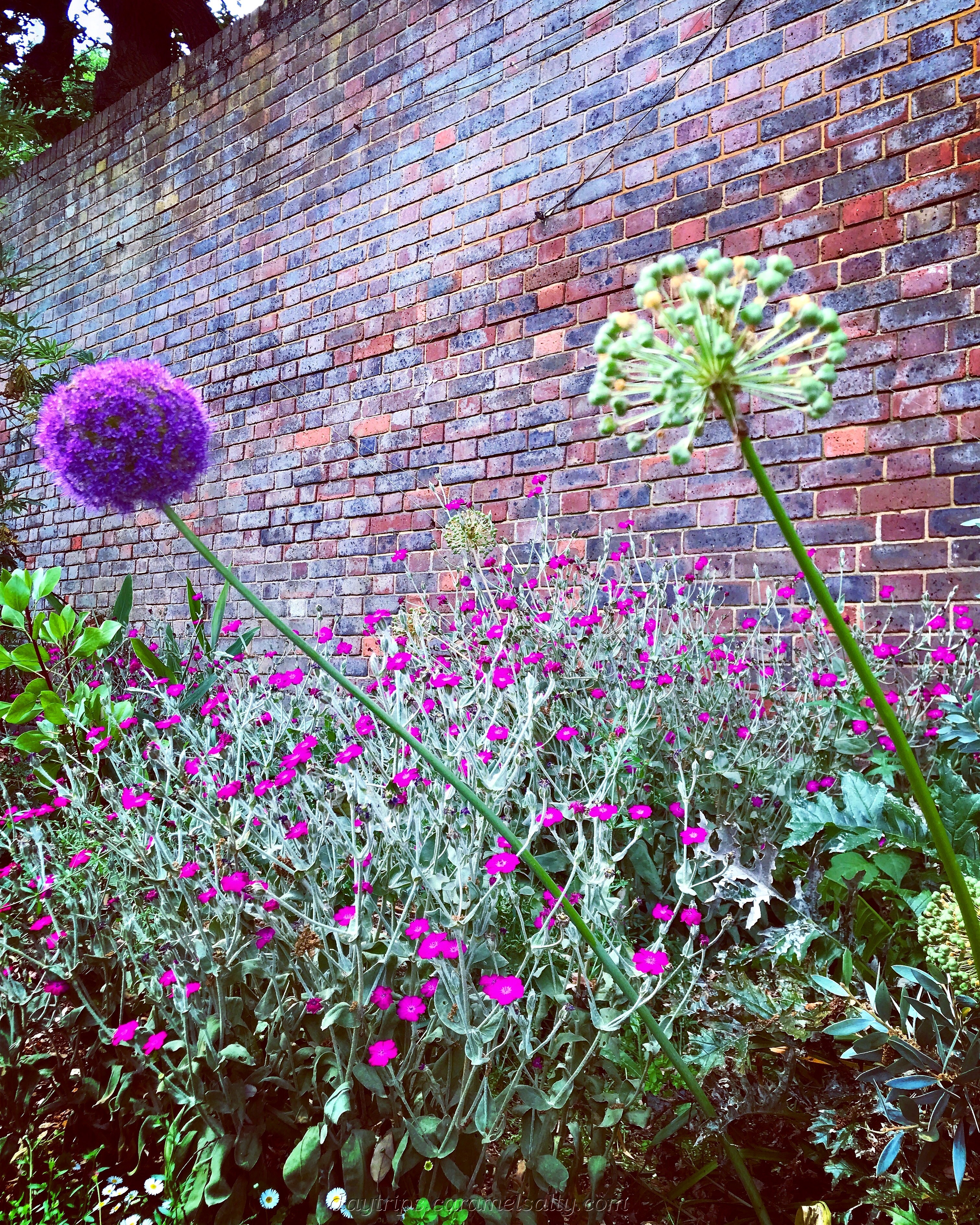 My mission the other day to discover the Dutch origins of Holland Park got no further than spotting some tulips in pots and gardens. Pretty as they were, they weren’t the convincing link I was looking for. I wonder if Holland Park, on a sunny English afternoon, will yield the answers I’m seeking.

My favourite entrance into Holland Park is via [1] Abbotsbury Road. It takes me directly into what would have been the private woods which used to enclose a large Jacobean mansion called Cope Castle. At a junction in the path, I take the leftmost path between the trees that form part of the 55 acres of Holland Park today. A far cry from the 500 acres it originally was, extending all the way to Fulham Road.

It is Sir Walter Cope, Chancellor to King James I, who builds Cope Castle in 1605. Worthy of being called a castle, Henry Rich, appointed first Earl of Holland in 1624, inherits the estate on marrying Walter Cope’s sister. But Henry Rich is as English as English can be. There’s not a hint of a Dutch gene in him. The mystery only deepens as I approach the [2] statue of the 3rd Lord of Holland, Henry Vassall Fox.

When Henry Fox purchases Holland House in 1786, the estate has reduced to a mere 200 acres (1894 Ordnance Survey map here.)  This is the spot where I finally extinguish all hope of a Dutch connection. The Holland of Henry’s title is no more exotic than a district in Lincolnshire, so named because it, like Holland, also reclaimed land from the sea. I suppose being named Lord of the Reclaimed Land District of Lincolnshire is a bit of a mouthful.

This isn’t Henry Fox’s only property. He has already built Kingsgate Castle near Broadstairs, Kent, in 1760. Holland House was probably funded from his self-enrichment whilst in the role of Paymaster General. All in all, he is thought to have embezzled £400,000 in his eight years in the office.

Wandering through the arch in the formal hedges ahead of the statue, I come across the ruins of Holland House on my left. As I wander down the path lined with pretty acers, my thoughts return to Henry Rich, the first man to acquire the title of Holland. What ever happened to him, I wonder. Not a happy ending for sure, as it looks like he backed the wrong horse during the English Civil War, and is executed in 1649 for being a Royalist.

The story of Holland House continues as I wander around the formal [3] Dutch Garden. The property passes on to Charles James Fox, Henry Fox’s son. Not only is he Britain’s first Foreign Secretary, but Holland House, situated in this leafy suburb of fashionable 18th century London, becomes the social centre of the Whigs (who are the Whigs?) during Charles’ time.

As Holland Park is so close to where I live, I visit throughout the seasons. The horticulturists do Holland Park proud. When tulip season is over, the Dutch Garden is replanted with geraniums, gerberas, alliums and other summer flowers.

Set in the centre of the Dutch Garden I find another story. A statue of a Greek known as Milo of Croton, stands with his sculpted sinewy Olympic athlete body. As fate would have it, his hand is trapped in a tree and there he stays until he is devoured by wolves. What a tragic end for an incredibly strong man.

I wander down the path towards the lawn that leads to the [4] Rose Garden. As I often do, I hear the cawing of the resident peacock. I’m sure it nests on the wall that runs alongside the Belvedere restaurant, which dates back to the 17th century. It used to be the summer ballroom for Holland House. The orangery adjoining it is often used as an art gallery. And around this little lawn, there’s also a gallery with murals, a pond with fountain and a thatched cottage that looks as if it has come straight out from Middle Earth.

I double back to the [5] Kyoto Garden, another one of my favourites. In the early morning, it’s one of the most serene places in this city, barring noisy peacock, to read or to simply enjoy some quiet. It’s pretty cherry blossoms and elegant acers bring a flavour of Japan to London. And I never tire of watching the koi carps silently gliding through the pond.

As I depart Kyoto Gardens, the glorious peacock makes a sudden appearance. He is an Indian peacock, hence his radiant blue body and glorious tail of green feathers which he proudly shows off to the ever-growing watching crowd.

Back at Holland House, Lady Holland, inherits the house when her husband, the 4th Lord Holland, dies in 1869. To support her extravagant lifestyle she sells off parcels of land. She bequests the house in a state of disrepair to the Earl of Ilchester, thereby ending the Holland line of ownership. The Ilchesters set about restoring the house and gardens.

By now I’m on the cafeteria path alongside Opera Holland in the Park, a regular summer event held against the backdrop of the ruined Holland House. Ironically, I can no longer enjoy the ruins for the permanent marquis now in place. In Sep 1940, the house is devastated by wartime bombing (image here). Fortunately the 6th Earl of Ilchester had taken the precaution of moving many valuables to his Dorset home before the war broke out.

I now enter the recreation fields of Holland Park. Just beyond them lies the magnificent undulating roof of the fairly new Design Museum. I end my walk browsing through iconic designs from yesteryear, and then enjoy a glass of wine at its rooftop restaurant.

As I exit Holland Park through the Kensington High Street exit towards the tube station, I pause to reflect on the heydays of Holland House in this fashionable neighbourhood of artists and architects in the 19th century. They form what is known as the Holland Park Circle. And around the same time,  just down the road, lies Kensington Palace, the “London residence” of the monarchy.

With its grand house, summer ballroom and beautiful gardens, this must have been the centre of pre war socialite gatherings. In fact as late as 1939, one of the last great ball in London takes place at Holland Park. Attended by George VI and Queen Elizabeth, it’s said the queue of cars went all the way back from this entrance that I’m stood at, to Hyde Park Corner. What a party that must have been !!

How to Enjoy Holland Park