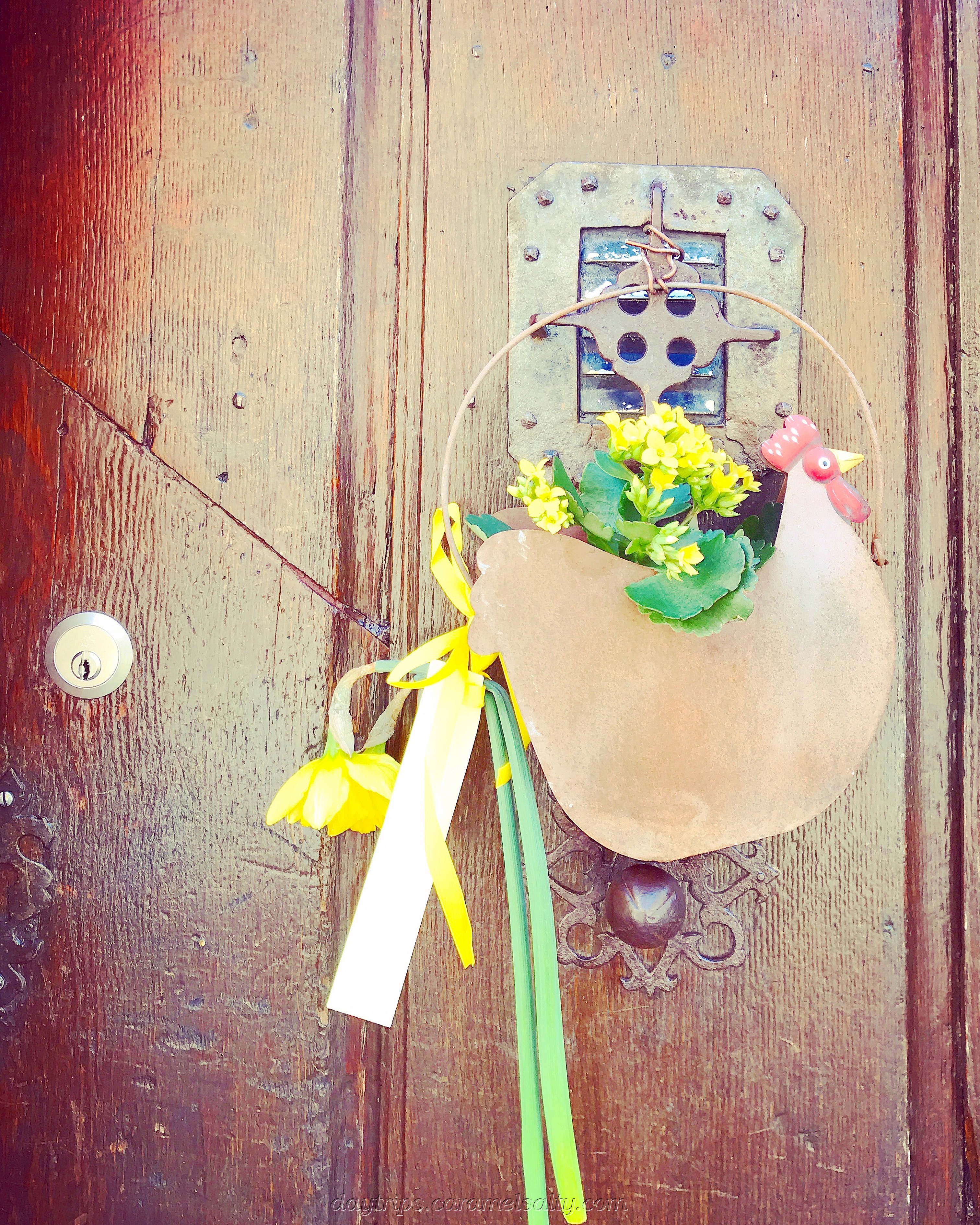 After my busy morning in Mechelen (Morning in Mechelen blog), I hit the streets again. After learning about the terrible pillage of Mechelen, I have a feeling that more legends and history are waiting to be discovered.

It’s museum time at the [11] Hof van Busleyden. According to Google translate hof means a court. So this beautiful building must’ve been an old court. Appropriately, it currently hosts an art exhibition about Justice. It’s an exhibition of paintings, drawings and sculptures, of justice and as often, the miscarriages of justice.

Back on the road, a mysterious gap in the wall appears. A sign explains that this is the [12] Dulvelsvlietje of Hellevlietje. It translates to the ominous sounding Devil’s Inlet. I step through the narrow entrance with trepidation, expecting perhaps a foul stench, or dereliction, or a deep dark well. None of that at all. For whatever reason it earned this name, today it’s a serene public park.

A rather grim and brutal looking building in the other end of town was originally army barracks in 1756. But its last role as a transit camp for the deportation of around 25,000 Jews and gypsies from Belgium is the subject matter of the [13] Kazerne Dossin museum. The museum also touches upon the roles played by the local Belgian community in this tragic episode.

All of the straats prove to be a charming place to meander around. As it’s spring, I don’t think twice when I spot a daffodil or two. But then I notice them everywhere, on every door, on every house. If this is a local annual tradition in the Beguinage, then it’s a very novel one.

I lose myself in the streets and alleys of the Beguinage. Regrettably I have to leave the Beguinage to make my way back into town. It’s time to hit those churches.

[15] Church of St Catherine, despite stating it is open, doesn’t  seem very accessible. However I learn that the round windows in the church represent the wheel on which St Catherine of Alexandria was meant to be tortured. But a miracle spares her the cruelty of the wheel. She is beheaded instead. As for me, the next time I watch a Catherine Wheel on Fireworks night, I will remember how the wheel became the popular method of torture when our medieval ancestors banned the crucifixion.

I head back to town passing the definitely impenetrable gates of [16] the Refugium von Tongerlo. The road its on, [17] Schoutetstraat is lined with private beguinage or courtly looking buildings. Curious to know what lies behind these walls, I manage to spy huge lime green lawns through the gaps of a gate. Not for the public I guess.

I don’t often browse in shops during my walks. But I can’t help myself when I go pass the lovely windows of the [18] De Borght. It’s an upmarket flower and interior design shop, which prides itself on its new concept living style. It should also pride itself on its heavenly flower shop with its heady perfume of lilies and hyacinths.

[19] Sint Janskerk, the 15th century church from this morning, still permits visitors despite the intensive restoration in progress inside. But because of the restoration, everything in the church is on the floor or stacked against the walls. Never before have I stepped past canvasses as tall and wide as my stretched arms. And what’s more, I believe that one of them could’ve been a Rubens.

I feel like I’m in an antiques shop, with statues huddled in groups, chandeliers on the floor, orbs and sceptres leaning against walls. I’m so thrilled that I get to see the church in this state. Come Sep 2018, it will look like most other churches I’ve visited.

Next, I climb the 538 steps of [20] the belfry of St Rumbold, another Unesco World Heritage Site. The belfry used to boast the world’s biggest tower clock, even bigger than Big Ben’s in London. That clock is gone now. I can see the entire city from the top. Which is when I realise how large and urban Mechelen actually is. As for the carillons in the belfry, the play a melody every 15 minutes.

The tower is responsible for the 1687 nickname for the residents of Mechelen. There is a cry of fire high up in the Tower. The entire city has climbed the tower with buckets of water before they realise that the so called “fire” is actually the moon shining through the gothic windows. Since then, they’ve been called the Maneblussers (Moon Extinguishers).

I’ve walked miles. I could do with sitting on a boat for a while. So I make my way to the [21] Vismarkt (Fish Market). There are still a few fish shops on this market square by the water, but it’s mostly filled with bars and trendy cafes. Across from this is the [22] Haverwerf, with some beautiful 16th and 17th-century houses .

In the good old days, boats transporting grain (Haver) had to stop at the Haverwerf for at least 3 days to offer their goods for sale. It’s only then that they could sell any supply left elsewhere. Today, the only boats hanging around here are for my pleasure. However the cruise is only offered in Dutch and not as spectacular as Bruges or Ghent.

Oops, I almost forget the final church. With 20 minutes to spare, I sprint across, this time approaching the [2] Church-of-Our-Lady-Across-the-Dyle overland and not along the river as I did this morning. The evening sun illuminates the cavernous church in purple, the  primary colour of its stained glass windows.

On the train back, my final thoughts are back with Phillip the II of Spain. The story of Phillip will unfold in vivid detail during my visit to Delft. For today, 3 Unesco World Heritage Sites, 4 churches, 2 museums, fabulous squares and a beautiful montage of daffodils will suffice.

And the icing on the cake of a great day out is arriving back on the platform of the amazing Antwerpen-Centraal train station.