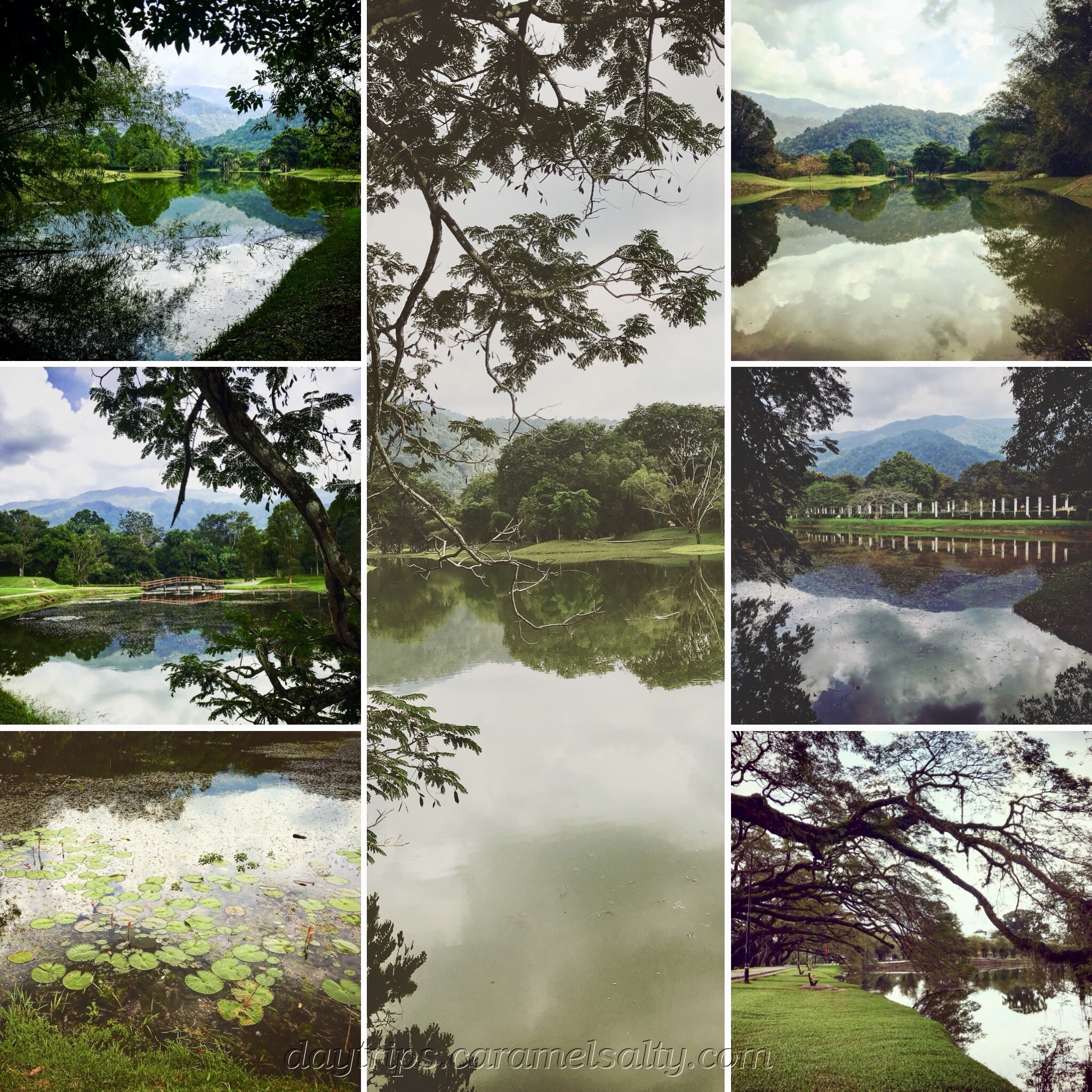 Having explored Klang (my Klang Blog) and learning about how its fortunes were closely linked with tin ore, I decide to continue with the story of tin by visiting the state of Perak, Malaysia. Taiping is Perak’s longest-serving capital (1876- 937) during the British rule. It’s a little town off the tourist and foodie track, accessible by both bus and trains from Kuala Lumpur.

Shortly after pulling out of the modern, shiny KL Sentral, the train trundles past the original and historic Kuala Lumpur train station (1910). Best enjoyed from the outside, its Moorish architecture and pretty minarets is built to exacting British standards. So exacting, that if ever the situation presents itself in tropical Kuala Lumpur, I rest assured that the roof will withstand up to a meter of snowfall.

Once out of the city, the train picks up speed. Every now and then I spy a minaret gleaming in the sky, a Hindu temple tucked in between trees, or a traditional wooden “kampong” (village). But the scenery is pretty much dominated by continuous vistas of palm oil trees. Today, Malaysia is the 2nd largest producer of palm oil. But back in 1883, Malaysia was the largest producer of tin ore.

It’s only as I near Batu Gajah that the geography takes on a different look. According to Google map, the landscape is stippled with lakes. I’m not far from the River Kinta and towns like Tanjung Tualang, once an important tin mine town. But I can’t be sure if the lakes are a legacy of the once heavy mining in this area or a natural phenomena. Whatever it may be, it’s picturesque.

On seeing Ipoh’s well known craggy limestone outcrops looming into view, I know I’m not far from Taiping. Nestled in the foot of the Bintang Mountains, I don’t have long to wait for the hills which surround Taiping, guaranteeing its reputation as the wettest town in Malaysia.

When I exit Taiping train station, I am dismayed at the lack of anything looking remotely like a kerb. However the sprawling Taiping hospital across the road from the station affords me a relative traffic free corridor to my hotel in town.

My day’s explorations start at the iconic [1] Taiping clock tower (1881). Previously a police and then fire station, it’s now the frustratingly closed tourist information centre. Encouragingly though, they’ve taken the trouble to display the map of the  Taiping Heritage Walk (Jejak Warisan Taiping) outside.

Along Jalan Kota is the [2] Shun Tak Association (1896), built by artisans from the same district in China. Delightfully refurbished with beautiful art, dark wooden tables, fans and mellow music in the background, today it’s a trendy eatery. I try their rice with half boiled egg and incredibly yummy, spicy chicken sambal. It’s like a Chinese version of nasi lemak. Accompanied by a delicious, buttery Nanyang coffee.

My next stop [3] Ho Hsien-ku Temple, in the grounds of the Kwang Tung Association (1887), was built for migrants from the southern state of Guangdong, China. It translates to the Temple of the Immortal Girl. There are two interesting stories about this temple. Firstly the immortal powers of powdered mica (please don’t try this at home) and secondly, the fact that this land was donated by a Hakka Chinese to the Cantonese community.

So why does this generosity warrant a mention? Taiping means Great Peace. But in 1861, the Larut Wars break out between the Hakka and Cantonese clans. Taiping, the capital of the mining district of Larut, is very much embroiled in it. But by the time of the above gift, Taiping has achieved peace, but at great political price. With the signing of the  Pangkor Treaty  in 1874, peace ensues between the Chinese secret societies and the aggrieved Sultan Abdullah becomes head of State. But the political price paid is the appointment of a  British Resident to effectively manage the Perak economy. Things don’t work out too well for the first one, as I write about in my Kuala Kangsar blog.

Speaking of the British, I now come across the Victorian Neo-Classical district office, known as [4] Pejabat Daerah dan Tanah Larut (1897), apparently built in a letter C, to forever enshrine it’s designer, Francis Caulfield. I wonder if he would have still have done the same had his name been Smith.

But there’s no time to ponder this, as the threat of dark clouds send me scurrying to the  [5] Lake Gardens(1880). These are the first formal gardens to be built in Malaysia. Once a tin mine, today it’s a beautifully landscaped piece of greenery.

As I circle the outside perimeter road of the Gardens looking for a path in, the unceasing chatter of birds amongst the trees is at truly astonishing decibels. Despite craning my neck, it’s hard to make them out amongst the thick foliage. But I can certainly hear them loud, clear and incessant.

The cloudy sky actually does me a favour. The almost silver light creates muted but still beautiful coloured reflections in the lake. There are stunning images of mountains, trees and clouds in the glass-like lakes of the gardens.

Various bridges, a fountain and a Victorian building now housing the paddling boat operation are other attractions here. But they seem to so completely superfluous when surrounded by mirror like large lakes, majestic blue mountains and trees harbouring talkative birds.

If there is one thing that can drown out the babble of birds, it is the deep, booming roar of an irate tiger. Totally surreal, as these landscaped gardens are as far removed from a jungle as can be. A quick check on Google map tells me that the tigers are residents of Taiping Zoo which is in the Lake Gardens. Hopefully the Malaysian king of the jungle is in a jollier mood for my visit tomorrow.

I exit the Gardens by Jubilee Bridge, where century old rain (angsana) trees line the edge of the lake. These tall wide trees, with their branches reaching down to the water edge, form a lacy fringe. If they’d been in bloom, it would’ve been a curtain of yellow, only to become a carpet of yellow overnight. The flowers only last for a day.

And so I reluctantly return to town. And just in time too. The deluge starts just as I dive into Prima Retaurant, an upmarket hawker stall, which soon becomes my firm favourite in Taiping. I can think of  a worse place to be stuck in, as I tuck into a curry laksa. I guess that’s it for the day. Early to bed for my crack of dawn start to explore the rest of Taiping tomorrow.

How I Managed to Get to Taiping

One thought on “Taiping – The Town That Tin Built”