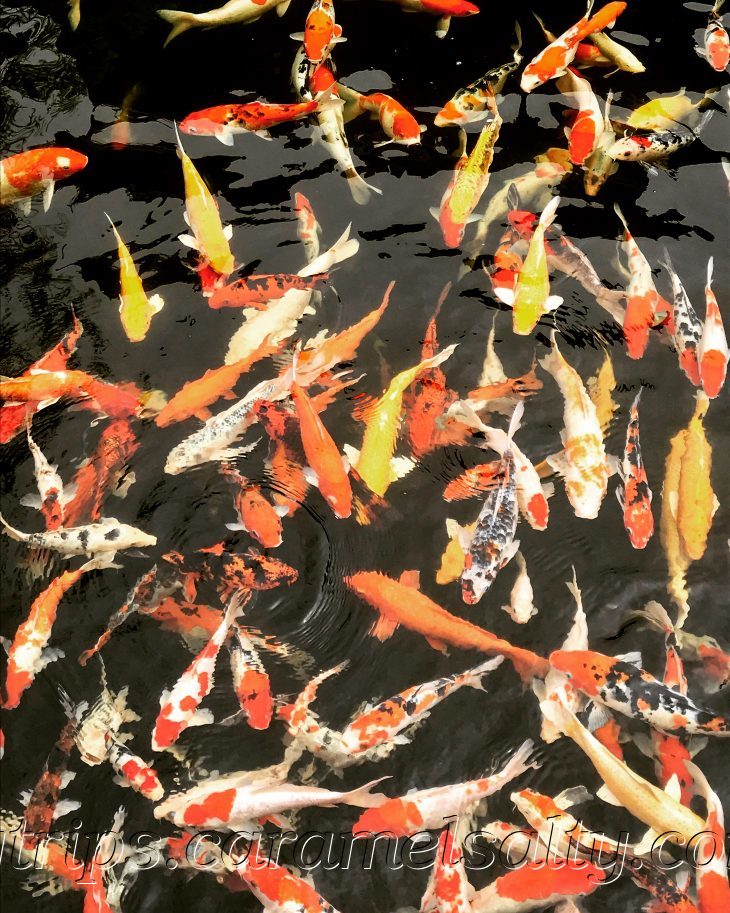 I’m in Klang. I’ve walked to the other side of the Klang River from the train station. And am totally immersed in the story of the Klang Wars. The story thus far…..the Bugis Malays and the British are on Tengku Kudin’s side. The Batu Bara Sumatrans were on Raja Mahadi’s side, then switched. The Mandailing Sumatrans were on Tengku Kudin’s side and then switched. Armies were brought in from the states of Pahang and Kedah. But what about the Chinese?

There isn’t much to see on this side of Klang. Apart from [1] Jalan Sena which still hangs on to its traditional Chinese shops and hawker stalls amongst the modern buildings. But there is much to narrate about the Kuala Lumpur Chinese gangs. For they take sides too, with the Hai Sans (Hakkas) siding Tengku Kudin, and the Ghee Hins supporting the other side. As they say, if Klang can’t come to Kuala Lumpur, then the gang wars shall be taken to Klang.

As I wander around the brightly coloured shops on [1] Jalan Sena, I have a sneaky feeling I’ve missed someone out. Oh yes, its Yap Ah Loy, head of the Chinese community in Kuala Lumpur. A Hakka, he tries to not take sides, but eventually sides with Tengku Kudin. The Chongs Chongs, another Chinese gang and enemy of Yap Ah Loy, fight alongside Raja Mahadi. With huge consequences for Kuala Lumpur. In 1872, the Chongs Chongs use the Klang Wars as an opportunity to burn Kuala Lumpur to the ground.

And so war rages all over Selangor as I wander back to the adjacent [2] Jalan Tengku Kelana Bridge. Along the way, I discover [3] Pasar Jawa, just by the North Klang Mosque. It sells a variety of fruits, including an eat-all-you-can durian buffet. Something that may not sound too appealing due to the allegedly very offensive and overpowering smell of the fruit. More about durians here.

Pitch battles, a characteristic of the Selangor Wars, take place within Malay communities and Chinese gangs. With the British propping up their allies. I can imagine how unsettling all this is for trade. Ahead of me from the bridge, I make out the tranquil duck egg blue minarets of the [3] Masjid India Muslim Tengku Kelana Klang. The mosque marks the top end of where the Indian community of Little India can be found. My escape route away from this war. But I get distracted by stairs on the left hand side of the bridge leading down to [4] Restoran Seng Huat Bah Kut Teh. Klang is known for its Bah Kut Teh (pork stew), a popular Chinese meal cooked at the dock side to feed the workers. Some say that the dish originated from this trading port. Klang was once the main town from which Selangor tin was shipped out from, before Port Swettenham took over.

I can tell that I’m in [5] Little India from the waft of incense intermingling with the aroma of curry as I wander amongst trinkets, gold jewellery, restaurants, shrines and garlands. Amplified Bollywood tunes from a store puts a Bhangra spring in my steps. Even the previous grand white [6] Standard Chartered Bank building has been converted to a saree store today.

As I make my way to the busy [7] Bulatan Simpang Lima roundabout, I pass 2 colonial buildings built in 1928, the [8] SMK Convent School and the Gothic style [9]Church of our Lady Lourdes. Legacies of the missionaries that arrive with British control in Selangor.

I risk life and limb on the very pedestrian unfriendly Bulatan Simpang Lima roundabout. But the gem on the other side is worth the hazardous crossing. The [10] Kwan Imm temple (1892) is one of the oldest in Selangor, and the most ornate that I have visited in the Klang Valley. I’m surprised that it doesn’t feature in the official painted green footprint heritage trail of Klang. Or perhaps the busy traffic around the roundabout has worn it away.

I now return to the town centre via the park along [11] Jalan Istana. The royal palace is on this road. From the road I’m able to gaze into a section of the 24 acre garden of the [12] Istana Alam Shah. At this point, I am suddenly struck by how green this little, busy town has been all along my walk.

I carry on to another royal inspired building, the stately white [19] Sultan Abdul Aziz Royal Gallery housed in a 1988 colonial building, another one of Hubback’s (who is he?) creation. The highlight for me is the palpable friction between the 8th Sultan of Selangor and the federal government in the video of the handing over ceremony of Kuala Lumpur to central government in 1974. He was in tears after, having lost a city he was very fond and proud of.

Time for a coffee break for my weary legs. I make my way to the friendly, charming [20] Seraph Awaken cafe. I indulge in my favourite pastime of reading, whilst sipping on a hibiscus coffee, away from the blistering heat.

My last stop before I head for home is the [21] Sri Nagara Thandayuthapani Temple. With a mandir of 94 statues, a wedding is in full flow when I visit. I admire the beautiful hand-made “kolam” (what is it?)” on the floor, made from coloured rice, painstakingly crafted by the womenfolk.

The train journey back to Kuala Lumpur is under an hour, which partly explains why Kuala Lumpur got caught up in the seven-year Selangor Wars. A turbulent seven years that see the British getting involved in the affairs of Selangor. So here I conclude my visit to Klang and the story of the “Selangor Wars, in a country far, far away, which helps expand the (British) Empire”.

Klang (Part One) – the first part of my Klang adventure.