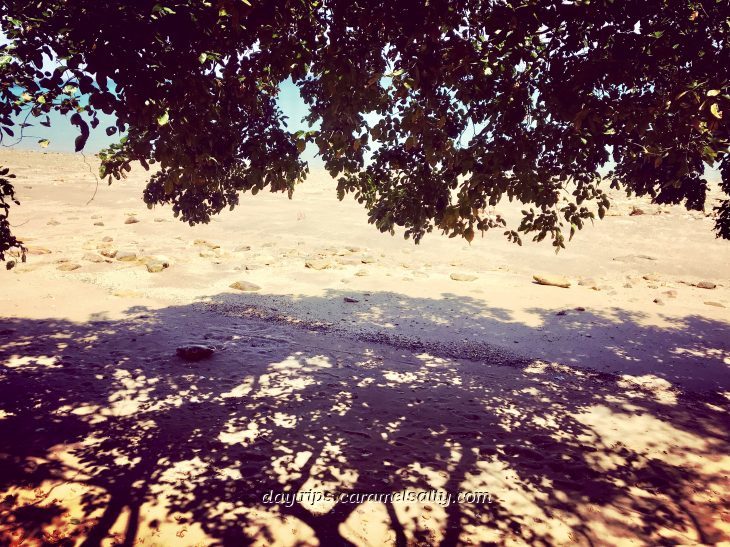 It’s 09:35, 19th Feb 1942. Father McGrath is stood outside on Bathurst Island just off the coast of Darwin. Looking up he sees 242 planes in a tight squadron heading directly towards Darwin. He immediately radios the mainland, only to be told it’s just the Americans returning to base. And so the air raid sirens are not sounded…..

09:40 – Today’s plan is to walk along Darwin’s esplande of glittering turquoise seas to the Military Museum. Whilst intertwining it with the story of how the war arrived in Darwin. For by now, the planes from earlier are making a large loop. With the sun now behind the pilots, they head into Darwin from the south east. It’s not a direction that anyone is expecting the enemy to fly in from ……..

09:45 – [1] Speaker’s Corner Cafe in [2] Parliament House is in peaceful gardens overlooking Darwin’s habour. But things weren’t that peaceful in 1942, when Australia declares war on Japan after Pearl Habour‌ on the 7th Dec, 1941. And now, only a few weeks later, the same 4 aircraft carriers and the same Commander Mitsuo Fuchida are launching a similar attack from the East Timor Sea.

10:00 – Parliament stands on the spot of Darwin’s old Post Office. If I had looked up at this moment back in 1942, I would’ve seen a bomb heading straight down towards me, that obliterates the post office and comms office. The 10 civilian volunteers, (names listed here), who had decided not to evacuate Darwin despite growing concerns of Japan’s increasing threat, are killed as they seek cover in a trench behind.

10:15 – I make my way to [3] Survivors’ Lookout which narrates, on notice boards, the Darwin attack. The attack only lasts about 10 minutes, and by now the planes are leaving. After mounting the largest single attack ever by a foreign power on Australian soil.

10:25 – The Americans have lost 4 ships, including the Peary which suffers the largest casualty when it sinks with all 91 aboard. The Zealandia is sinking slowly, allowing the crew to abandon it. In total 8 ships are sunk. More are damaged, including the hospital ship. With exploding ammunition and burning oil, the harbour is a mess.

10:50 – The large steel oil storage tanks on Stoke’s Hill were sitting ducks for the Japanese bombers. They’re now spewing thick, black smoke. The authorities decide that oil will now be stored in underground bomb proof tunnels. It takes 3 years to build them. Which means they are never really ever used for the war effort.

11:00 – Stepping gingerly on the mat laid over the slightly flooded tunnel, it’s obvious that despite being lined with concrete and steel, the tunnels still allowed water in. After a major oil leak from a private company using it post war, they are shut. In 1992 the [4] WWII Oil Storage Tunnels are re-opened as a museum and exhibition gallery.

11:55 – Above ground, the air raid sirens are wailing again. Followed by the drone of a fresh set of bombers. Whilst deep inside the tunnel, I’m enjoying an exhibition of dressed up termite mounds. Apparently it’s real live art, that keeps hundreds of tourists to the Northern Territory entertained.

12:00 – The enemy is heading towards the RAF base next to where Darwin’s airport is, to drop their load of 13,000 kg of bombs. Meanwhile out in the sunshine, I wander past [5] Deck Chair Cinema (amazing outdoor cinema setting), the memorial gardens commemorating NT women and onwards to the esplanade, with its 3 km of paths for my walking pleasure.

12:25 – The planes depart back to their bases at Ambon and Kendari in Japanese occupied Indonesia. As for me, I wander down to Lameroo beach. The Damoe-Ra Pathway that led to the memorial garden before, is named after the freshwater springs on the cliff face of Lameroo beach, which used to be very important for the Larrakia people.

The small beach is very quiet, apart from a couple sunbathing and an office worker who has wandered down for some quiet reflection. The rocks on the beach look as if an artist has painted swirls of terracotta, brown, purple and orange hues on them. It feels like a remote beach, despite being just minutes away from the City Centre.

Back at the esplanade, pretty painted tiles commemorate 200 Territorians from all walks of life. Speaking of heroes, there were plenty at the harbour that morning. Jack Barclay and Johnnie Wilkshire rowed out into burning oil to rescue sailors. Frederick Wombey and Wilbert Hudson valiantly manned anti aircraft gunners throughout the attack.

Also in the Esplanade is a cenotaph listing all of the conflicts that Australia had engaged in. One of them seems to have passed me by. It’s Bougainville. Superbly summarised here, it’s a revelation to me that it is part of Papua New Guinea, and an ex-colony of Australia.

My final destination for the day is East Point. I think it most appropriate to finish at the Darwin Military Museum. This is an excellent museum, with outside exhibits in its gardens. It also has a WWII gun emplacement that I can wander around in.

The museum is absolutely worth a visit. There are plenty of maps, analysis, interviews and artefacts on display. The highlight for me is the audio visual in the darkened main hall, that relives the bombing of Darwin harbour. It is the inspiration for this blog.

The attack extends beyond the harbour. Out at sea, the Don Isidro is sneaking around islands on its way with supplies to US bases in a Philippines already being occupied by the Japanese. It is spotted and strafed. The captain steers his badly damaged ship towards Melville Island, but stalls 3 miles away. It’s a 10 hour swim, which the survivors on the ship attempt. Not all make it.

Of the 65 ships in Darwin harbour, 9 are sunk. There are 242 fatalities, on ships, the wharf, the RAAF base and in town. The Japanese suffer losses too. Two pilots are killed and the first Japanese POW is captured in Australia by an aborigine man. The hospital ship HMASH Manunda lose 12 people, but crew and nurses stay on accepting patients. After the attack, the damaged ship sails to Fremantle with the most seriously injured.

How do I end the day on a lighter note? Ah yes, the pearl luggers. There would have been pearl luggers around Darwin harbour that morning too. With so many ships lost, one lugger is hastily converted into a war ship. It is so badly equipped, that the men have to hang their backsides over the side of the ship for toilets.

It’s no surprise that the pearl lugger is decommissioned within 3 days after coming into operation. And I wonder if the official reason was put down as the XXXX standard of the dunnies?