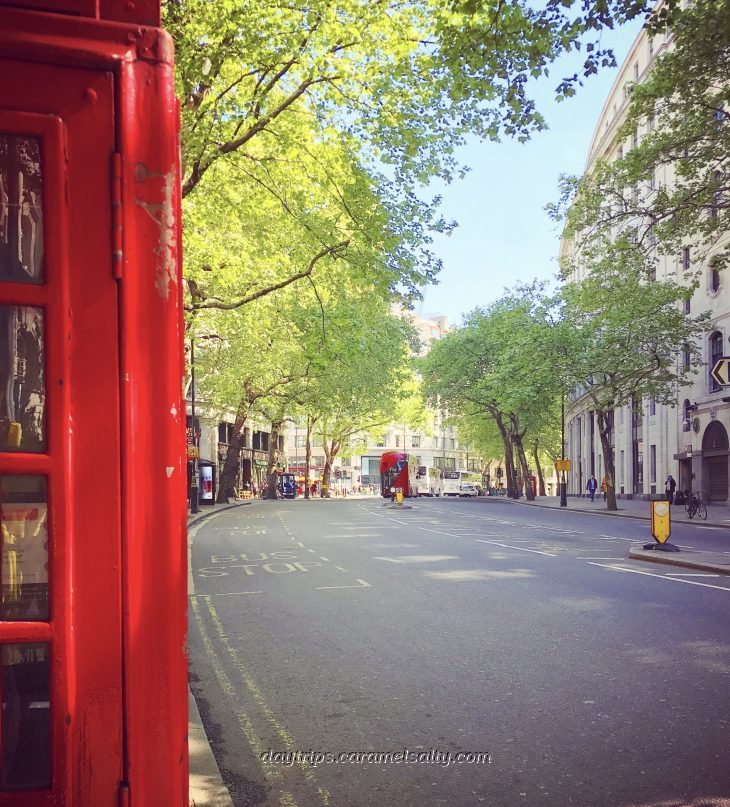 For a short crescent, it’s jam packed with stories. King Alfred the Great once walked amongst his people here. A church at one end of Aldwych dedicates itself to the so few, to whom we, the so many, owe so much to. An ancient well in the basement of Australia House still draws clean water from the hidden River Fleet. And early 20th century buildings by wealthy Americans grace its elegant curve.

When the Romans abandon London, the Anglo Saxons move in. As Londinium is in disrepair, they settle around the river Fleet. They call it Lundenwic. But as Viking raids intensify, Alfred the Great moves his people to within the walls of the old Roman fort of Londinium. With that, Lundenwic is renamed Auld-Wic, meaning the old port.

There is evidence that the Vikings who force the Anglo Saxons to withdraw to Londinium, probably then settle in [1] Aldwych themselves. A clue comes from the name of the first of two churches on Aldwych. If a church is called [3] St. Clement Danes, it must allude to the existence of Danes in this area once upon a time.

St Clement’s is destroyed by the Great Fire of London. It is rebuilt by Christopher Wren. It is destroyed again during the bombing of London in WWII (image here). This time, it is the Royal Air Force who restore it in 1958. As a result, the church is now dedicated to the RAF, and contains plenty of reminders of their sacrifices during various conflicts.

The church is not without its controversies. The statue of Arthur “Bomber” Harris stands outside. His unpopularity in some quarters stems from his role in flattening the city of Dresden during WWII. Hecklers startle the poor Queen Mother at the revealing of the statue in 1992, when they shout out various non-complimentary things about him.

The other controversy is slightly more trivial. When the clock strikes the hour, I clearly hear “Oranges and Lemons” by the bells of St Clement Danes. However, St Clements on Eastcheap also claims to be the church referred to in that well known rhyme. I’m sure nursery rhymes enthusiasts must be disappointed that the dispute shows no signs of being resolved soon.

[1] Aldwych is a relatively new road to London. Built as part of the remodelling of London at the start of the 20th century, it manages to destroy the old narrow lanes that characterise this historical area as depicted in this map. Even a couple of popular theatres‌ are sacrificed. But newer ones are built and Aldwych is still reknowned for its entertainment factor.

Aldwych turns out to be a lovely wide boulevard, well suited as the royal route between Buckingham Palace and St. Paul’s. To enhance its grandeur, imposing buildings of Portland stone are built alongside. They are named [3] India House and [4] Australia House, to remind the British monarch looking out of the royal carriage of the extant, and extent, of the Empire.

I wander inside [4] Australia House, which is the Australian Consulate today. As photos are not allowed, I’ll have to describe the lobby. Think Gringotts, the wizard’s bank in Harry Potter. That was filmed here and not next door at [5] Bush House, which at $10m, is the most expensive building in the world in 1929.

The American-built [5] Bush House becomes the BBC World Service headquarters from 1941. Despite moving out of here, and cutbacks, the service still carries on today in 30 languages. The only time it ever goes off air is in 1985, when staff protest about the BBC ban of the broadcasting of an interview with Sinn Fein, the political arm of the IRA.

The World Service is known for its balanced views, so much so, it annoys Mrs. Thatcher over its reporting of the Falklands. As WWII turns in favour of the Allies, millions of Germans switch away from Hitler’s propoganda‌ airwaves. Some are even murdered for voicing their opinion. Georgi Markov, the Bulgarian Service journalist, is stabbed by a poisoned umbrella on Waterloo Bridge in 1978.

Aldwych’s antiquity is nicely balanced at the other end by [6] St. Mary le Strand. Built in 1724 by James Gibb, it is said to be the most beautiful Baroque church in England. The church has plenty of history and beautiful architecture. The original church used to be a little to the south, before it was demolished in 1549 to make way for Somerset House.

Inside there is a stunning white and gold rococo ceiling, accompanied by white and gold cherubs under the windows, decorated with white and gold swags. Once I have savoured the wonderful ceiling, I’m drawn to the cast of blue light from the glass in the sanctuary. The glass is recent, put in after the blitz. It’s such a brilliant blue, that its blueness can also be made out from the outside.

Charles Dicken’s parents are married in [6] St. Mary le Strand. The church is dedicated to the Wrens, the Women’s Royal Navy Service, whose initials I see on the grill surrounding the church. And in spring, its a joy to stand under the magnificent blooming cherry tree at its front entrance.

It’s coffee time, and so I head to the historical [7] Waldorf Astoria. The hotel is financed by William Astor, the richest man in America, after he moves to Britain in 1891. It certainly lives up to its commitment as a place to stop off for dinner or a drink when I’m served the frothiest, creamiest coffee in a heavy crystal glass.

Another building demolished during the construction of Aldwych is the Morning Post. Fortunately, [8] One Aldwych, which stands in its place has ensured that this piece of London history is not forgotten. The tables in the flowery lobby are engraved with names such as Winston Churchill, who are associated with the Morning Post. The toilets downstairs are wallpapered with newspaper articles.

This luxury hotel is not built by Americans. In fact, it is built by Europeans, using Norwegian granite. It couldn’t get more European than that. Inside the lobbies, stairwells, restaurants and bars are covered with fabulous art work (full list here). And to top it all, its lobby is covered with incredible floral displays, another form of art.

After that very strenuous walk down all 450m of the Aldwych, I think I shall rest at [8] One Aldwych a little longer. Tempted by its cocktail menu and pretty surroundings, I can’t think of a better ending. Cheers !!

Some Things You May Want to Know

One thought on “A Crescent Shaped Stroll Around Aldwych”