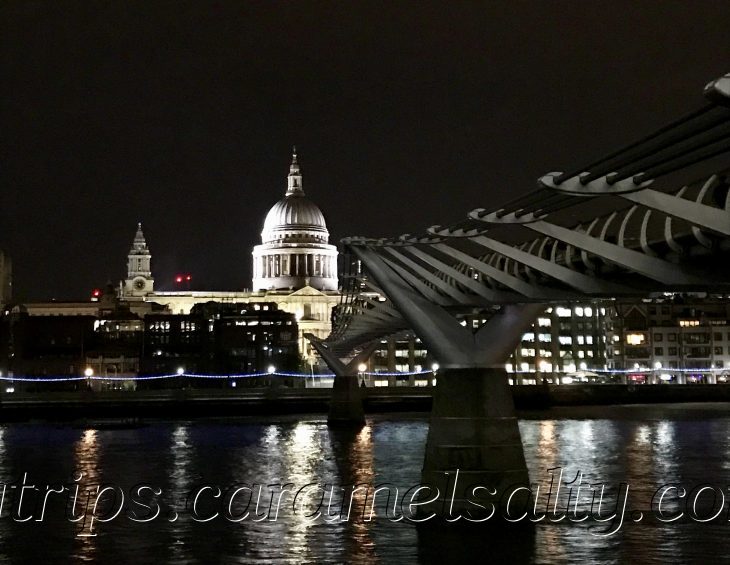 In 1715, bridges over the Thames were scarce. So an Irish actor named Thomas Doggett jumps on a river ferry to get him back to his residence in Chelsea. He falls overboard, but is rescued by a ferryman. As gratitude, he offers a wager to the 6 fastest ferrymen. And till today, the race started by an actor still takes place along the river Thames. As for the near drowning, some say that story was made up.

The Doggett’s Coat and Badge Race is the oldest rowing race in the world. But it’s no longer held on August 1st anymore, but sometime in July, during the incoming tide. As London no longer has ferrymen, the race is now in sculling boats. The 5 mile route is between London Bridge to Cadogan Pier in Chelsea, which are the sites of the old Swan Tavern near London Bridge and the Swan Inn in Chelsea, the original route. And the traditional red waterman’s coat is still awarded to the winner in a lavish ceremony at Fisherman’s Hall.

Building a bridge across the wide, fast flowing tidal Thames is not easy or cheap. Wharves which lined the south bank had to be compulsorily purchased to make way for the bridge. Bridges had to be tall enough for boats. So it’s unusual that Blackfriars, the third bridge to be built across the Thames, is awarded to an unknown, 25-year old Scotsman named Mylne, the winner of the public vote for the design.

Although the Bridge is officially named the Pitt bridge, it takes on the name of the monastery of black-cloak-fryers on the north bank, where [1] Blackfriars Bridge starts. However Mylne’s bridge from 1769 no longer stands. Due to structural issues, a new bridge is built exactly 100 years later. That’s the pink bridge I see today.

The 1864 train bridge is built to extend the route of the London, Chatham and Dover Railway into a station called St. Paul’s in London. In 1937 this station is renamed to the Blackfriars station I have just exited. The [2] pedestrian passage under Blackfriars has images glazed onto its tiles of Mylnes’ original construction. And there are also images of the very Victorian St Paul’s train station, of which not much remains.

Blackfriars Bridge is also where, in 1982, Roberto Calvi is found hanging. To make it look like suicide, his pockets are filled with cash of $14,000 and bricks. So who killed him ? Well, Roberto had arrived in England on the run from Italy. He starts grassing to the British authorities, which probably upset the Mafia. The Vatican was also a major customer and investor of the bank he once managed. When it eventually filed for bankruptcy, the Vatican also had reason to be upset with Roberto, who also earned the nickname “God’s Banker”.

Climbing onto Blackfriars Bridge, I find the first of the twelve cast iron [3] London dragons that mark the boundary of the City of London. They are not griffins, as many mistakenly call them. Their origin is thought to be the dragon from the legend of St George. The dragon which stands on one foot, the other against the shield, one foreleg holding the shield, and the other foreleg raised in fighting salute marks all entry points into the City, prior to the 20th century.

From Blackfriars, it’s a short walk to the next bridge, the Millennium. En route there is a little art gallery tucked away behind [4] Founders Arms called the [5] Bankside Gallery. It is often overlooked by everyone making a beeline for the Tate Modern. The Tate Modern used to be the Bank Side power station that went out of commission in 1981. But I’d kind of guessed that from the following clues – a colossal brick building (as large as Westminster), a tall chimney and a large hall called the Turbine Hall.

The [6] Tate Modern is the top 10 most visited museum in the world. With such a reputation, and a location right by the river, it is hard to resist. Entering it via the [7] Turbine Hall is a pretty awesome introduction. The original power station was built by Giles Gilbert Scott, who also designed the red telephone boxes. The conversion to an art gallery was by the Swiss Herzog and de Meuron, who also built Beijing’s Bird’s Nest Stadium.

The vastness of the Tate’s Turbine Hall allows for breath-taking displays (images here). One of my first “wow” moments here was Anish Kapoor’s installation of his red marysas stretching across the entire hall. And then there was the upside down hanging grand piano from the ceiling, which startled me when it broke up in a musical cacophony. Images like that stay for ever. With the ever-changing displays and exhibitions, the Tate is always worth a return visit.

The Tate is at the foot of the [9] Millennium Bridge. The Millennium is a relatively new comer (no clues as to when it was built!!). It was known for a little while as the  “Wobbly Bridge” as a result of positive feedback. Apparently that’s the kind of feedback that bridges should avoid. The Millennium is a light bridge. And so it will sway slightly with a walker on it. Naturally, the walker will react to the sway, amplifying it. When hundreds of people on a bridge react in the same direction at the same time, the bridge starts to resonate enough to cause alarm.

And with that I head towards the [10] Swan pub for a sunset tipple. It’s not the one linked to Doggett’s Race, but one in the middle of the seedy theatre land which springs up in the South Bank during Shakespeare’s time. The theatres eventually move out to the West End where future generations of actors like Doggett worked. But all this is for another day, as I wander back across the Millennium bridge to the current [11] St Paul’s station, enjoying the stunning night-time views of a lit up cathedral.