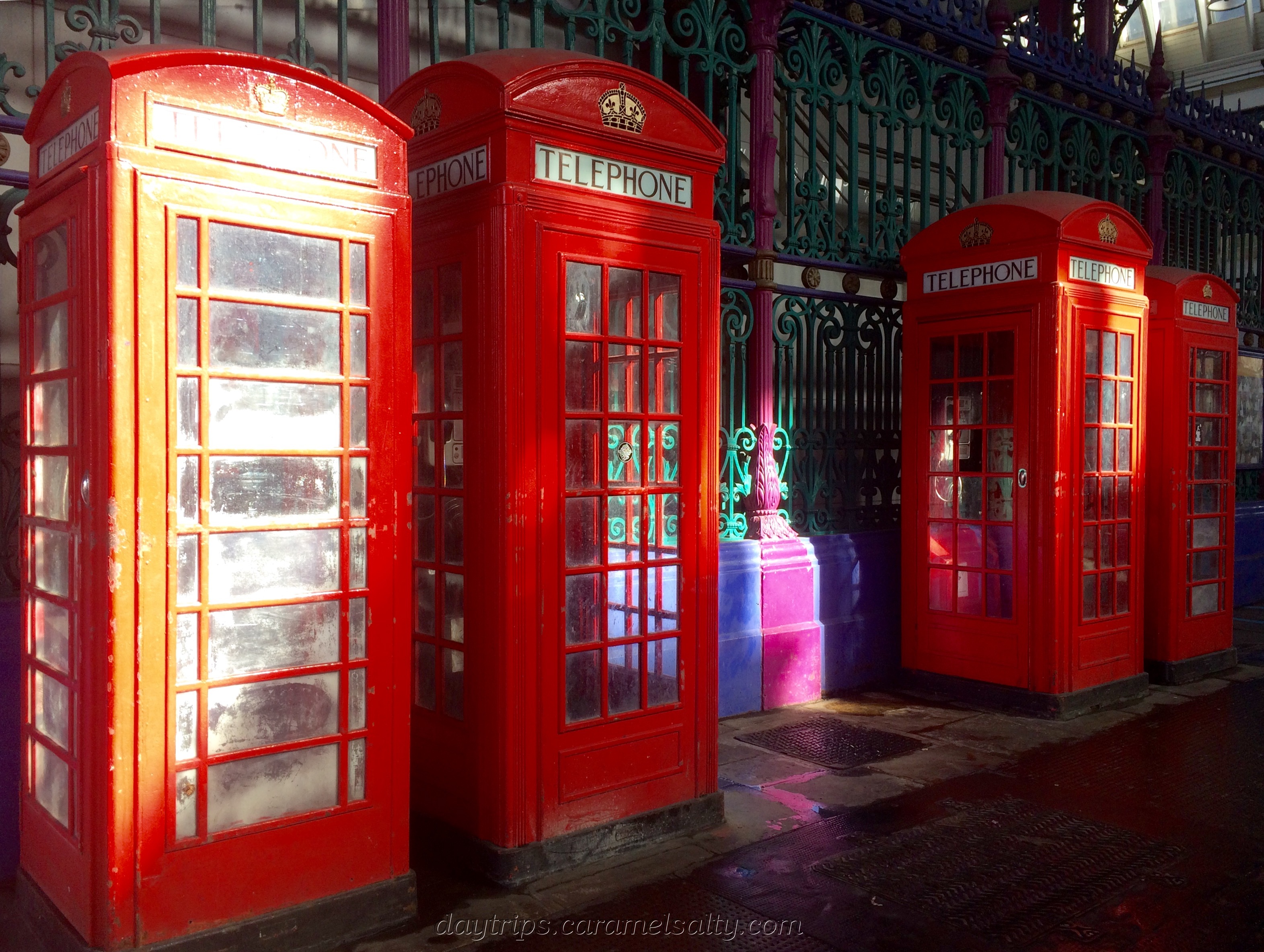 This is a walk through what was one of the most notorious places in London in the 19th century, which also inspired Charles Dickens in the characters and locations he wrote about.

Exit Barbican Underground Station, turn left along Aldersgate Street, then left into Carthusian Street, and right through the gates into the quaint, historic Charterhouse Square. Follow the road left to pause on the right outside the gates of the Charterhouse.

Originally founded as a Carthusian Monastery in 1371, it was dissolved by Henry VIII in 1537, before being largely rebuilt in 1545 in the style of large mansions, typical in England in the 16th century. In 1611, it became an almshouse and school by the hugely wealthy Sir Thomas Sutton. By the early 19th century, Charterhouse had become a leading public school. Although the school moved out of the area in the late 19th Century to Godalming, Surrey, the Charterhouse is still a hospital-cum-retirement home and can be visited at certain times of the year

Continue ahead and go through the gates onto Charterhouse Street. The Gothic frontage of the Fox and Anchor pub is worth noting as you pass, particularly the hideous grotesques that scowl down from its upper storeys. A traditional hearty English breakfast, together with a pint of Guinness is available from 07:00.

Keeping to the right hand pavement, you pass the ornate Smithfield Meat Market on the left. It is thought that the name Smithfield came from a corruption of ‘smeth field’ Saxon for ‘Smoothfield’. In the Middle Ages Smithfield was a wide grassy space, just outside the northern wall of the City of London, and on the eastern bank of the River Fleet.

Due to its access to grazing and water, it was used as London’s principle livestock market. Meat has been bought and sold at Smithfield for more than 800 years and it still continues as a wholesale market. Some street names associated with the market are still in use, such as Cowcross Street, but many others, such as Duck Lane, Chick Street and Goose Alley, disappeared as the Victorians redeveloped the area.

At the beginning of the 1700s complaints were made against the drunken herdsmen, who would have some fun by stampeding cattle on the way to market. The angry cattle would invade shops and houses, probably giving rise to the phrase ‘like a bull in a china shop’.

By the early 1850s, live cattle were still being driven to market to be slaughtered on site. The streets flowed with blood, as guts and entrails were dumped in inadequate drainage channels. This was the scene that Dickens described in Oliver Twist, as he and Bill Sikes walked across it on a market morning … “the ground was covered nearly ankle deep with filth and mire; a thick steam perpetually rising from the reeking bodies of the cattle”.

The current market was built in 1868 to replace the old livestock market, which closed in 1855. The new structure was designed by the City of London Corporation architect Horace Jones, his first major commission. He also designed Billingsgate Market (1875), Leadenhall Market in City (1881) and Tower Bridge (which was completed after his death in 1887).

Nowadays, the cattle arrive pre-slaughtered in huge refrigeration trucks. The market, which works through the weekdays from 02:00 to 08:00 (visitors are encouraged to visit by 07:00) is a lively enclave and a lot cleaner than in Dickens’s day.

From Smithfields, continue along Cowcross Street, which turns into Turnmill Street at Farringdon Station. Turn right into the narrow Benjamin Street, which opens up at St John’s gardens, once an overflow burial ground for St James’s church. We visit St John’s church later in the walk.

Turn right along Briset Street and left into St John’s Lane. Go under St John’s Gate, which was built in 1504 and is all that survives of the Priory of St John of Jerusalem.

It later became the parish watch house, and by the mid-19th century was a popular public house known as the Old Jerusalem Tavern. In 1874, the Most Venerable Order of the Hospital of St John of Jerusalem acquired it, and three years later the St John’s Ambulance brigade was launched from here. Today, the Museum of the Order of St John (free entry) is situated inside the old gatehouses and regular tours are given.

passed through St John’s Gate, you are suddenly confronted by a gloomy square of featureless office blocks. Hurry left along St John’s Path, a dark, atmospheric passageway that eases between high walls to emerge onto Britton Street, where immediately on the left is the tiny Jerusalem Tavern. Although it has only been a pub since the 1990s, it occupies an 18th-century premises, and serves up a variety of real ales.

From the tavern, turn right onto Britton Street, then left along Clerkenwell Road to the traffic light junction with Turnmill Street. Pause on the corner. Although you can’t see it, you are standing on the banks of the River Fleet, which flows deep beneath Farringdon Road on the other side of Farringdon Station. In the 19th century, the area on both sides of the river, was considered one of the worst slums, or ‘rookeries’ in London. It boasted one of the capital’s highest murder rates, home to pickpockets, receivers, counterfeiters and child strippers – drunken women who would lure children away in order to steal their clothing. Turnmill Street was seen as its centre, and the locals knew it as ‘Little Hell’.

The slums were finally swept away by the construction of Farringdon and Clerkenwell Roads in the early 1860s, and by the construction of the Metropolitan Railway line over the wall to your right. Work began on the line in 1860 to connect Paddington to Farringdon, and it was the world’s first underground. Today, Turnmill Street has little of interest, except for a superb view of the dome of St Paul’s Cathedral in the distance.

Backtrack to the pedestrian crossing, cross Clerkenwell Road, bearing right, then left onto Clerkenwell Green. The large building immediately on the left is the former Middlesex Sessions House, built in 1779 and the place that Mr Bumble, was bound for in Oliver Twist when he proudly boasted to Mrs Mann, ‘And I very much question… whether the Clerkenwell Sessions will not find themselves in the wrong box before they have done with me.’ The courts were closed in 1919. In 1979, the Masonic Foundation acquired the building and restored it to its former glory. It is currently under construction and under scaffolding.

Facing you is an imposing white building, dating from 1737 when it was a charity school. Lenin and his wife arrived at 37a Clerkenwell Green in April 1902, on the invitation of Harry Quelch, manager of the Social Democratic Federation. From this grand Edwardian house, sixteen issues of Iskra, the pre-Bolshevik newspaper, were printed and shipped down the Thames to be read by thousands of Russians. Today the house is now home to the Karl Marx Memorial Library. Inside, Lenin’s original office is lined with his complete works, and several preserved original prints of Iskra are on display.

Continue over Clerkenwell Green, which is notable for its lack of greenery.
It was hereabouts in Oliver Twist that Mr Brownlow was reading a book at a stall as the Artful Dodger, Charley Bates and Oliver ‘were just emerging from the narrow court, not far from the open square in Clerkenwell,… ’ and where Oliver was left to take the blame of pickpocketing Mr Brownlow.

Go clockwise, turning left at the Crown Tavern into Clerkenwell Close. Ahead of you is the church of St James, dating from 1778–82, the exterior of which has a dark gloomy air in contrast to its otherwise pleasant interior. One notable feature is the 19th-century iron ‘modesty board’, placed strategically around the base of the stairs to the left of the entrance, to prevent the gentlemen of the parish looking up the ladies skirts as they ascended the stairs!

Go down the steps to exit the church, turn left through the gate, through the gardens, and walk to the far steps that lead up to a bricked off doorway. To the right of these stairs is the weathered tombstone of Ellen Steinberg and her four young children, who were stabbed to death by her husband/their father, Johann Steinberg on 8th September, 1834. He then turned the knife on himself. Whilst his wife and children were buried at St James’s, he was buried at night in a pauper’s grave in nearby Ray Street, with a stake driven through his heart, which was the customary way of dealing with suicidal murderers in the early 19th century.

Go past the grave to exit the churchyard through the gates on the opposite side of the lawn. Turn left along Sekforde Street. Just past Sans Walk, you will see the elegant white Victorian Finsbury Bank for Savings, which are now offices. Back track to Sans Walk, turn right into it and then immediate right Clerkenwell Close. Continue till you get to the Bourne and Hollingsworth building ( now a brasserie). Cross the street to enter Spa Fields.

The site of Spa Fields was originally a tea room called ‘The Pantheon’, and was converted into a Methodist chapel in 1779 by The Countess of Huntingdon. The large garden was then turned over to the profitable business of burying London’s dead. It became immediately successful by undercutting the local parish church by some margin. During the 50 years of its operation it laid to rest 80,000, far more than the original 2,722 planned. However, laid to rest is somewhat of an exaggeration. The locals wee falling ill from the constant fumes emanating from Bone House, as bodies were burned continuously night and day to make room for new burials. Although one of the worst, it should be noted that Spa Fields was in a situation no different from most inner city cemeteries of London of that time. The situation eventually became so bad that the authorities had to close these sites with the dead being taken to the new, bigger cemeteries on the outskirts of London.

Cut through the passageway on your right ( adjacent to Rosaman Place) to Exmouth Market, which is a trendy pedestrian zone of bars, cafes and restaurants. Turn left onto Exmouth Market and wander down towards the Holy Redeemer Church, a fine red-bricked building that also hosts the Clerkenwell Music Festival in November.

Take the Spa Fields Passage down the side of the church, back to Spa Fields. E

xit right and then turn left down Catherine Griffiths Court, passing Finsbury Health Centre which was designed by Berthold Lubetkin and the Tecton architecture practice. At the junction with Bowling Green Lane, turn left and just before what used to be Bowling Green Lane school, now housing Zaha Hadid’s Architect’s offices, turn right into Robert’s Place.

On your left are the brown brick blocks of the Peabody Trust flats. American philanthropist George Peabody established the trust in 1862 ‘to ameliorate the condition of the poor and needy of this great metropolis and to promote their comfort and happiness’.

Turn left into Pear Tree Court, thought to be the ‘narrow court’ from which the Artful Dodger, Oliver Twist and Charley Bates emerged onto Clerkenwell Green. Pear Tree Court runs onto Farringdon Lane where opposite, appropriately, is the Betsey Trotwood pub, named after David Copperfield’s formidable aunt.

Walk down Farringdon Road, where you would be effectively walking over the river Fleet buried deep underground, left onto Cowcross Road, towards Farringdon Station, where this walk ends.