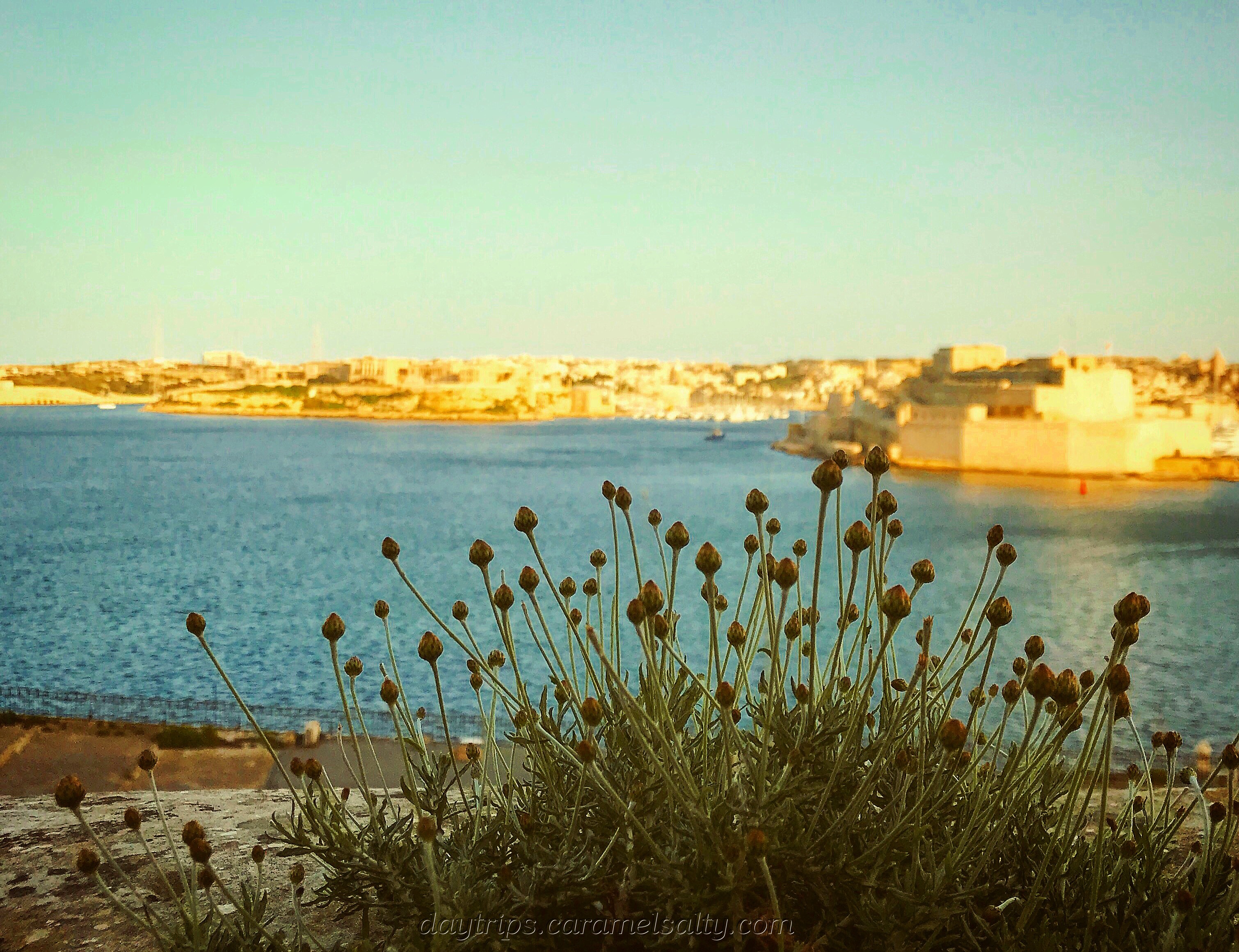 The story of Vittoriosa begins in Rhodes. After 220 years of rule, the Knights of Rhodes surrender to Suleiman of the Ottoman Empire. Under generous terms, they depart Rhodes on the 1st January, 1523 and eventually arrive in Malta in 1530 to set up a new base.

Vittoriosa is only around the bay from Valetta, in the oldest part of Malta referred to as the Three Cities of Vittoriosa (Birgu), Senglea and Cospicua. This is where the Knights first build their homes and their forts when they arrive in Malta. Valetta does not exist for another 40 years.

I get off at the Zejt bus stop, just before Vittoriosa, with the intention of winding my way into the city via the narrow streets, avoiding the modern road that winds up the hill. Just past the magnificent St. Tereza Church high above me, the steep steps of [1] Triq Nelson entices me into its labyrinth.

I become completely disoriented amongst the narrow and steep stone streets. A local resident points me in the right direction, and I enter the city through its main gate, the [2] Provence Gate. But only after crossing a modern thoroughfare that slices this part of the old city from the defensive fort across the road.

First, I choose to wander through the pretty, narrow winding [3] streets of the Collachio, the medieval heart of the ancient city. It’s in these ancient streets that the Knights first live and build their auberges (inns), one for each of the 8 langues (language) from which they originated from. Still standing in Vittoriosa are the [4] Auberge de France (now a local exhibition space) and [5] Auberge d’ Angleterre (now a Primary Healthcare Centre).

A few more twists and turns later, I find myself in Victory Square, heading towards the Baroque style  St Lawrence’s Church, the main church for the Knights before St John’s Cathedral was built in Valetta. A stone throw away are the [6]  Annunciation Church and the [7] Church of St. Anne.

In fact, everything is a stone throw away in Vittoriosa. Measuring 400m by 800m wide at its longest, it doesn’t take long to meander around its old streets. And I love the fact that I keep discovering so many little treasures, such as the 13th century [8] Sicolo-Norman House. It’s being privately restored by its owner Charlie, who I bump into in the house.

Across the square where the [9] Oratory of St Joseph and next to it, St Lawrence Church, are stood, it starts to resemble what I envisaged a fort of a religious order to look like. Monastic and regal.

As for  [10] St Lawrence Church, it’s a beautiful church with an altarpiece by Mattia Pretti of the martyrdom of St Lawrence. Next door to the church is the small [11] Vittoriosa Museum, run by a volunteer happy to share his deep knowledge of the island. It’s full of religious and war related artefacts including the sword of Grand Master Jean de la Valette from the siege. He was 70 during the siege. And he still fought alongside his men.

I walk along the [12] Vittoriosa harbour front, a marina for private boats and cruise liners. A sharp contrast to 1551, when the Knights are busy reinforcing this harbour and fort. The Turks had attacked in 1551. Unable to penetrate the Grand Harbour, they ransack Gozo instead (Gozo blog). However the Knights’ espionage network warn that Suleiman is planning to return for another attack.

By the harbour front is the [12] Maritime Museum. Despite being rather dark and gloomy, there are some points of interest. For example, I learn that sunk, and still lying in Galley Creek, is the Santa Maria, one of the Knights’ carracks that had to be “put down” after the gunpowder on board was accidentally lit and the cannons started shooting of their own free will.

Onwards I march to [13] Fort St Angelo (1530, original fort). When the Turks attack in 1565, the Knights at St Angelo watch St Elmo across the harbour being attacked first. When the last knight is no longer standing at St Elmo, the Turks turn to St Angelo. And so begins one of the bloodiest battle of this period. 65,000 cannon balls are retrieved from the fort after the siege. That’s a lot of shelling.

Fort St Angelo has seen many battles and survived. During WWII  it took 69 direct hits from Italian bombers who were based no more than 60 miles away in Sicily. All in all, I throughly enjoy this fort with its stories of epic battles, its mighty walls and the fabulous views of Valetta and the Grand Harbour.

There are more tales of war at the [14] Maltese Museum of War. However there’s nothing like a first hand account. The guide at the Vittoriosa museum earlier, born during the war, tells me of the daily bombardment during WWII. 100 planes at a time, 4 times a day, shelling the tiny island of Malta. If there’s one thing that will forever stick in my mind from this museum, it’s the preserved air raid shelters. More claustrophobic than the catacombs of Rabat (Rabat blog), the corridors go snaking and branching off forever, or so it seems. I’m glad of my hard hat, having bumped my head several times on the low ceilings.

My last museum of the day is the magnificent [15] Inquisitor’s Palace (1530). There are interesting records of individual cases, including 3 accused Knights. Understandably, they are most distraught, given that they of all people, they who have dedicated their lives fighting for the Roman Catholic Church, are accused of heresy. Its Napolean, who, on invading Malta in 1798, ends the Inquisition and frees all slaves, in the belief that all men should be free.

I return to Valetta on the ferry. Unsurprisingly it’s much more scenic than the bus. I do my hardest to look out or the wreck of the Santa Maria in Galley Creek, but I have no luck. It would appear that I would have to don a wet suit for that. Possibly an adventure for another day, as is the continuation of the story of the Knights in Valetta, a city built after the victory of the 1565 Siege.